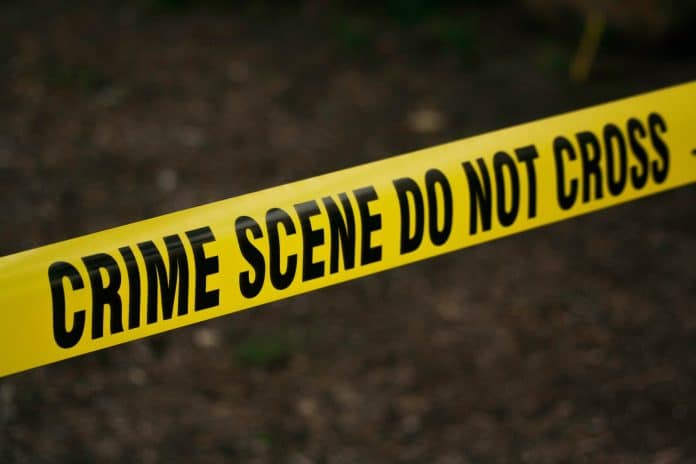 Most of us can take comfort in the fact that someone would definitely come looking for us if we suddenly passed away. Is that really true, though? You might not be so sure after what happened to these unfortunate souls.

It’s a morbid thought, but one that we bet you’ve had before—what would happen if you just died right now, doing exactly what you’re doing at this very moment? Whether you’re at home, at work, or out in public, we hope for both you and the sake of everyone around you that this doesn’t happen, but the thoughts become a little more terrifying if you don’t find yourself around other people that often.

Would anyone wonder where you were? Would your cat eat you? How long would it even take for someone to knock down your door and find you? For one woman, it was quite a long time.

On January 25, 2006, members of a housing association in London were heading out to repossess an apartment that hadn’t been paid for in quite a while.

They made their way into the living space and found a pretty grim scene before them—a pile of unopened Christmas presents on the floor, a mound of unopened mail by the door, a television set to the BBC network…and a skeleton lying on the couch.

Though they already had a pretty good idea that whoever it was had been there for a while, the rest of the apartment confirmed their observations. In the sink was a mound of unwashed dishes, and in the fridge were containers of food marked with an expiration date that ended in the year 2003.

The body they found that day was so badly decomposed that they actually had to cross-check its dental records to a photo of who they believed it to be—after comparing her corpse to a photo of her smiling face once filled with life, they determined it was Joyce Carol Vincent.

How could no one notice?

In a crowded city like London, you’d think that something like this could never happen. She’d have to have friends and family, and her neighbors would also notice her absence at the very least, right?

Her family even reported to the police that Vincent had been engaged, although it was eventually determined that it ended due to domestic violence. That’s why she lived in the apartment that she did—it was designated for women who had suffered some kind of domestic abuse.

Of course, police searched for the man she had been dating at the time, though they were unable to find him. They didn’t know if he had gone away before the investigation began or after, but the strange thing is that there wasn’t a single shred of evidence that pointed towards foul play when investigators finally examined the body.

As if it all wasn’t strange enough already, her friends and family told a tale of Vincent’s life before her disappearance that brought forth more questions than it answered.

Before she went missing, Vincent started to change in a way that worried her family and friends. Her family claimed that she started to distance herself from them slowly, starting with small things like not returning a phone call.

They then said that she began to start living in place after place, barely even settling down before she moved on to a new apartment. She apparently went from boyfriend to boyfriend, as well, keeping the people she knew in the dark about what was happening in her life.

After they identified her body, her sisters claimed that they had even tried to track her down at one point in time, hiring a private investigator who was able to find her apartment but wasn’t able to get into contact with her.

It appears that there aren’t many people who know much about Vincent’s life before her death, but she did leave some clues behind.

Sometime in November 2003, Vincent went to the hospital after she vomited up blood. Her doctor determined that she had a peptic ulcer, and she stayed in the hospital for two days after she was admitted.

She was also a long-time asthma sufferer and, though officials couldn’t necessarily prove that was the cause, they believe Vincent died because of a complication related to either her asthma or her ulcer. They estimate that it was about one month after her hospital stay that she passed away.

Despite the fact that her neighbors said nothing about her absence, it didn’t go entirely unnoticed. When they were later questioned by the police, many of the people who lived in the same building as Vincent reported that they often smelled a strange odor near her apartment, but didn’t think too much of it.

One of her neighbors told police about a pretty chilling detail, however—in addition to the smell, her neighbor Michael Dobbs said, “Every time I opened my window I would see strange little black insects crawling through.”

Her situation isn’t uncommon either. As unfortunate as it is, there are many people who have suffered the same fate as Vincent over the years.

Though some of them were found much sooner than she was, there are a few who were actually found much, much later.

In 1966, police broke into a Croatian apartment to determined who owned it after reports came that it had been abandoned for quite some time. Though they probably didn’t expect much when they broke down the door, what they found was the body of a woman that had been there for 42 years.

Hedviga was, oddly enough, 42 years old the last time she was seen alive, and the cup of tea she made before eventually sitting down and passing away was still beside her when she was found.

Her neighbors believed that she had moved out of her apartment quite some time ago, and had been requesting that the authorities open up the old apartment for decades so it could be rented again, which was what ultimately led to her discovery.

Though still just as sad, the reason why no one found 68-year-old Geneva Chambers is clear—she often chased people off her and was even rude to another woman who baked her cookies.

She was found in her home by a landscaper, and it’s believed that she may have been there for around three years before being discovered in August 2013. She was last seen alive sometime in 2010, the same year her utilities were shut off due to missed payments.

Many of the neighbors in her area assumed that she had moved away, maybe to enjoy a life of more solitude.

If you’re looking to buy a foreclosed home, you may want to skip this story, because it’ll probably sour your house hunting for good.

In 2012, a real estate agent in Milwaukee discovered the body of a man named David Carter inside of his foreclosed home. Investigators say the body was basically a skeleton when he was found, but they were still able to determine a cause of death—a single, self-inflicted bullet wound to the head.

He had previously told his coworkers that he was going to quit his job as a nuisance control officer and move to New Mexico, which is probably why no one came looking for him at the house he was thought to have left behind. Investigators assumed he made the decision to take his life due to the stresses of the foreclosure.