15 Infuriating Things We All Hate About Women’s Clothing 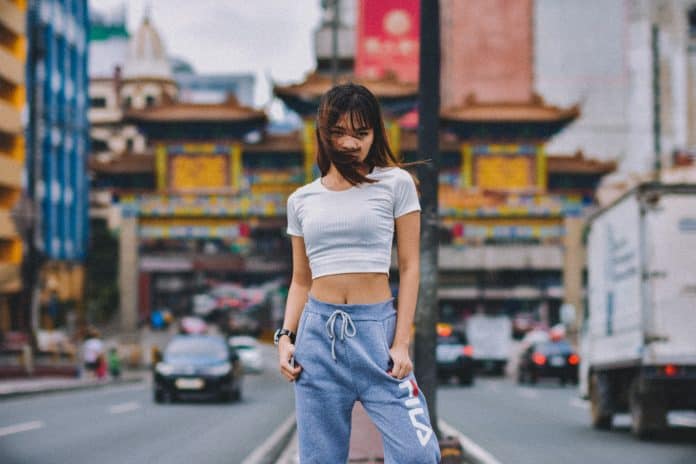 The most fashion-obsessed among us will tell you that finding good clothes comes with a price, and it’s not just what you’re paying for your outfit. It’s the time and frustration it usually takes to find something worth it in the weird world of women’s clothing.

No matter how much you love fashion or the occasional trip to the mall, you have to admit that sometimes women’s clothing just really sucks. From unexpected slogans to cuts that flatter only one body type, here are some of the most enraging things women commonly have to deal with when it comes to finding clothes.

We can say with a pretty high level of confidence that all women have experienced this at some point in time—you spot a seemingly cute shirt from across the store, only to find out that there’s a stupid saying printed across the front of it when you get a closer look.

It’s something that we tend to find cute when it comes to clothing for children, but outgrow as we become adults, no matter how true the saying might be. The worst part? When you feel like you may have found something specific after looking for quite some time, only to find out it has something like “Feed Me & Tell Me I’m Pretty” across the chest.

While we can sort-of see the appeal of a bodysuit (your “shirt” will never ride up!) it’s never fun to spot a cute shirt, only to find out it’s basically a one-piece swimming suit. For one thing, we’re adults—who wants to peel off their entire top layer of clothing to go to the bathroom as if they’re a onesie-wearing infant, especially during a day at the office?

Not to mention that not everyone enjoys wearing tight clothing, so it can be a bummer to see what looks like a normal shirt that ends up being super form-fitting.

If you like wearing clothes with piece of fabric cut out, more power to you. It’s something that not everyone’s comfortable with, though, and it sucks to find a cute dress or shirt that ends up having cutouts.

In some cases, it’s not even that you’re uncomfortable—maybe it’s that you know what a terrible idea wearing something like that to work would be. Speaking of cutouts, can we also stop making everything backless while we’re at it?

Alright, clothing manufacturers—either give something pockets or not. It’s not cool to tease us with a pair of jeans that looks like it has pockets, only to find out that they’re just for show.

What’s even weirder is when things like legging jeans have real back pockets, but not real side pockets. Get it together!

Can someone explain to us why women’s clothing has a noticeable lack of pockets in general? We can sort of understand why someone might not think to include them—women generally carry purses, after all—but that’s not true of all women, and even those who do don’t always feel like throwing stuff into their bags.

If you’re like us, things like a cell phone always go into the back pocket of your pants while you’re walking around, because the hassle of digging for it in a bag is just too much to deal with.

We’re fine with some cute embroidery or maybe a top with some sewn-in sequins, but can we cut it out with all of the out-there extras?

We’re talking things like jeans that come with a tulle skirt wrapped around them or a bag that comes pre-loaded with five different keychains that you hate. Maybe it seemed like a good idea to the designers at the time, but the best bet is usually to let people decide their style for themselves.

As a disclaimer, we’re not opposed to cropped shirts in general. No, we’re just annoyed that it seems like every other shirt you see in a store these days ends up being a crop top.

Though they’re alright in moderation, most people just don’t live a lifestyle that makes it easy to wear cropped shirt after cropped shirt in their day-to-day lives. They can definitely come in handy during the summer, but they’re not really practical for the most part, even if they can be cute.

It’s obvious that certain types of material are thinner or thicker than others, but can anyone explain why some women’s shirts seem like they’re now being made with paper-like fabric?

We’re not sure if they’re being designed for warmer weather or if they’re just cheap, but shirts that are more lightweight often end up being borderline see-through because of the material they’re made of, which kind of defeats the purpose of being so thin when you have to wear a tank top underneath to avoid any indecent exposure.

This one goes beyond just women’s clothing, but it’s something that women probably deal with more often if they wear more form-fitting clothes.

It’s not uncommon for women to wear different sizes in each and every brand they buy, sometimes even buying different sizes in clothing from the same store. We get that certain things might be sized differently based on the fit, but things that are the same types of items shouldn’t have drastically different fits.

We’re not opposed to jeans with a few well-placed rips or a shirt that has that perfect old, slouchy fit. What’s strange, though, is the trend of overly-distressed clothing that has people buying what is essentially half of a shirt when you factor in all of the holes it has in it.

Yes, this type of thing can definitely be fashionable, but you have to admit it’s pretty strange to spend money on something that’s already destroyed, and probably won’t last much longer after you wear it.

We kind of feel like most people either love wearing shorts when the weather allows for it, or they absolutely can’t stand shorts and wouldn’t be caught dead in them. It doesn’t help much that shorts for women tend to come in one of two lengths—daisy dukes or the knee-length shorts you wore in third grade.

Very rarely do you find a length that actually feels like exactly what you were looking for. Unfortunately, even those that do fall in the middle tend to be just a tad too long or too short.

People don’t just come in the sizes XS, S, M, and L, so why do our clothes? Yes, there are absolutely stores that specialize in making clothes for women that don’t fit into one of these four sizes, which is great, but we feel like they shouldn’t be the only ones doing it.

Plus-size women are just as interested in fashion as someone half their size, and it really is unfortunate that more popular retail stores don’t always take that into consideration.

Sure, the design can be cute, but it makes more sense to make a shirt like that out of a more lightweight material so the entire thing keeps you a little cooler, not just your shoulders.

If there’s one thing that can make a woman—or anyone, really—second guess whether or not they should actually buy a piece of clothing, it’s terrible fitting room lighting.

Fluorescent lights can make your skin look terrible, cast weird shadows over your body, and generally just make you look like a wreck, which isn’t what you’re going for when trying on a new outfit. It definitely makes you appreciate stores that actually put some thought into their dressing room atmosphere, but those stores are, unfortunately, few and far between.

You know how men always seem to have lots of inner storage inside of the coat and jacket pockets? Why is this something that designers apparently don’t think women might also want or need?

Like we said before, we’re assuming it goes back to the fact that women are usually carrying a purse or bag, but having the option would still be nice.

Previous articleAfter Losing Nearly 600 Pounds Together, It’s Time For Wedding Bells
Next articleToddler Sits Next To ‘Macho’ Guy On Plane. When He Kicks Him, Mom Captures Response