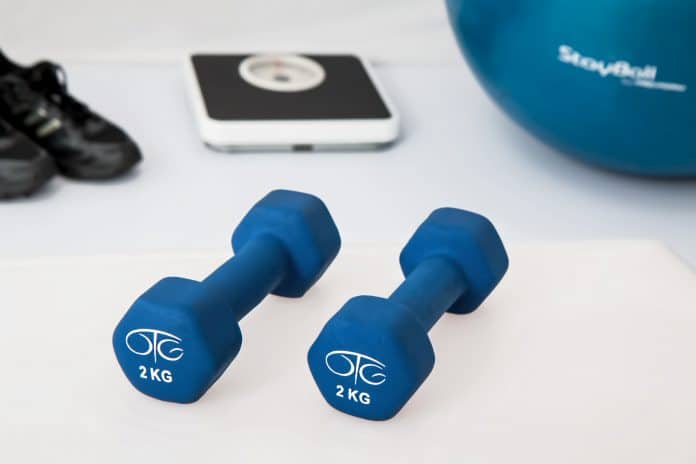 Idris Elba has been named by People as one of the sexiest people alive, and last year he was recognized by Time as one of the 100 Most Influential People on the planet.

Elba, who was born Idrissa Akuna Elba, has been exercising this influence by quietly supporting a number of charities over the years.

A recent article in the UK’s Daily Star amplified some of the work the dashing actor has been performing behind the scenes.

“One of the things he’s been doing is paying for the gym memberships for over 150 teens in London and the USA so that they stay off the streets and in a productive place when their parents aren’t home,” an unnamed source told the Daily Star.

“Idris knows that kids can really make something of their lives when they are provided with opportunities.”

Elba understands this concept because he was the recipient of just such an opportunity. Well, not exactly the same — while he’s sending kids to the gym, his benefactors helped him enroll in a theater company.

When Elba was a youth, he was a beneficiary of the Prince’s Trust , receiving a grant that covered the £1,500 fee required to join the National Youth Music Theatre.

The theater is a far cry from the streets of Hackney, east London, where Elba grew up. The son of African immigrants was raised by his mother and once found himself homeless for three months. At times, Elba even sold marijuana to get by.

Elba’s tough upbringing mixed with his theatrical training were the perfect cocktail for his breakout role as Stringer Bell in the hit HBO series, “The Wire.”

When Elba was confronted with the end of his role as Bell — no spoilers here — the actor lamented losing his job. The Wire series writer, David Simon, however, understood what lay before the British actor:

Since becoming a superstar, Elba has gone on to become an ambassador for the Prince’s Trust whose “free programmes give young people the practical and financial support they need to stabilise their lives. [The trust helps] them develop key skills while boosting their confidence and motivation.”

Elba’s motivation for supporting kids’ gym memberships is similar, according to the Daily Star’s insider information: “He’s been paying for these kids to use gyms so they can learn discipline and have a focus. It means they have somewhere healthy to socialise, stay off the streets and stay out of trouble.”

The gym memberships are also related to one of the actor’s favorite pastimes, fitness. Elba has been the host, subject, and star of four separate Discovery UK series since 2012. The show host’s 2017 series is entitled ” Idris Elba: Fighter .” In this latest series, filmmakers follow Elba as he spends a year traveling the world to study under the best trainers in order to become a professional kickboxer. So it’s no surprise that young gym rats have been on the actor’s mind.

The actor isn’t the one bragging about his philanthropy. The news about his gym sponsorship came from a confidential source.

I never got involved with the charity to win plaudits, Elba told Metro UK at an awards ceremony recognizing the actor for previous philanthropic work. “It’s just, where I’m from, you go the extra mile for those who have your back and the Prince’s Trust had proven they had mine.”

Elba’s philanthropy doesn’t stop with the Prince’s Trust and quiet support of gym memberships, he’s also been a big supporter of Cancer Research UK , the ONE Campaign , and the Staying Alive Foundation , according to the celebrity philanthropy tracking website, Look to the Stars .

One of Elba’s most entertaining fundraising efforts, though, came this winter when the international sex-symbol, as the BBC reported, “put himself up for auction as a Valentine’s date to raise money for charity.”

The auction raised money for W.E. Can Lead , an organization that “envisions a world where EVERY girl receives a quality education, her inherent potential is fully realized & she is able to influence her world.”

A woman named Sandra R. from Boonton, NJ reportedly won the auction, but we’ve yet to hear how the date went.

If the words in this article reflect on his dating habits, it can be expected that Idris Elba is a very generous Valentine.