How To Tell If Someone Is Cheating On You, According To Research 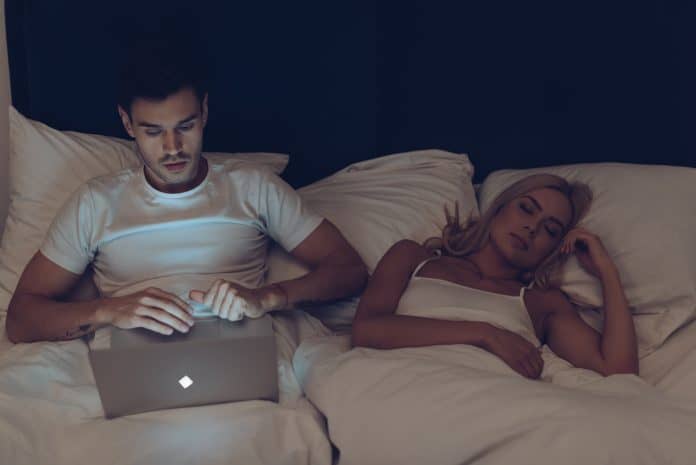 Being cheated on is one of the worst things that can happen in a relationship. It completely destroys trust not just in the current relationship, but in all future relationships. That’s why it’s so important to catch a cheater early in order to minimize the damage that can be done. Here are some red flags you need to look out for, according to researchers.

1) You notice an emotional distance between you and your partner.

One of the first signs that there’s something wrong in the relationship is a distance that forms between you and your partner. This is especially true if there’s no reason for this distance to .

This occurs when a partner cheats because they build intimacy with another person. They know what they’re doing is wrong so they pull back from their partner as a defense mechanism against their duplicity.

2) They become very protective of their phone or computer.

In a normal relationship, partners use each other’s phones all the time. Since there’s nothing to hide, there’s no problem sharing phones.

If your partner suddenly becomes very protective of their phone by locking it with a new password, going into the other room to take calls or texts, or guards their phone with their life, there could be something your partner doesn’t want you to see. This is a major, major red flag.

3) They make a dramatic change to their look.

Subtle changes to appearance are normal, but big changes are not. If your partner is suddenly dressing more provocatively when they never had before, that could be a red flag.

Your partner may be trying to impress someone else with his or her new look. Pay close attention to them because there may be something going on behind your back.

4) Your partner has a whole other group of friends that you don’t know.

People should know who their partner is hanging out with. It’s certainly fine to have some alone time in a relationship, but it’s not normal to have entire groups of friends that you have never met.

If he or she is going out with new people and seems hesitant to introduce you to this group, that’s a major issue. They could have a whole life outside of your relationship that doesn’t include you at all and instead includes someone else.

5) They begin accusing you of cheating.

If your partner has suddenly begun accusing you of cheating without any evidence, it may be because they are cheating. People who are guilty of something tend to project their guilt on another person in order to deal with their guilty conscience.

Don’t just think your partner is being paranoid or unreasonable. These accusations, especially if they are unfounded, are often a sign that he or she is sleeping around behind your back.

6) They change their schedule or have time that’s unaccounted for.

When two people are dating, they learn each other’s schedule like the back of their hand. When the schedule changes without warning, that could be a red flag.

It’s also a red flag if they are cagey about who they were with or where they were. This is especially bad if you know for a fact that they are lying. That’s a clear sign that they’re up to no good.

Previous articleWhenever You Need An Ego Boost, Take A Visit To The Museum Of Failure
Next article4 Surprising Origins Of Popular Phrases