How To Play UNO, Because You’ve Probably Been Playing It Wrong The Whole Time 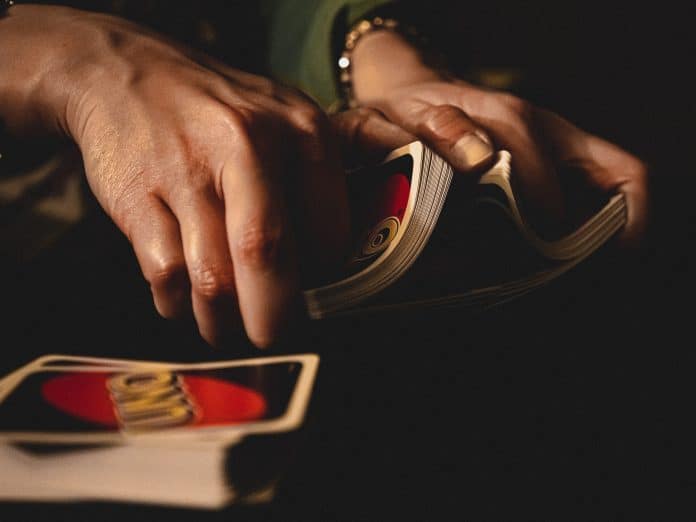 Everyone knows how to play UNO.

The rules are encoded in our genes or something. Besides, we’ve been playing with those big colorful cards since preschool. Nature, nurture, whatever; we know how to play UNO.

That’s why it was such a shock to find out that, actually, we don’t. We’ve been breaking the rules this entire time. You probably have, too. Let’s review the terrible mistake we’ve been making almost literally our entire lives.

How to Play UNO the Wrong Way

Part of the appeal of UNO is that the rules are so simple. The cards tell you what they do, for goodness’ sake.

You go around in a circle and try to match the last card on the discard pile, right? Any card in your hand that has the same number, color, or word as the exposed face of the latest discard will do. You keep going around the circle, occasionally blasting one another with a Draw 2 or the dreaded Wild Draw 4 card until at least one player is left with a single card. That’s when the fun begins.

The player has to shout “Uno!” before discarding the second-to-last card. Failure to do so opens the player up to a gleeful calling out, at which point they must draw four more cards and try again. The first player to achieve an empty hand wins. Simple, right? Except that it’s not right, no, not at all.

Winning at UNO: The Official Rules

If you bother to read the official rulebook, hosted on Mattel’s website, you’ll find that winning isn’t quite as clear-cut as you probably thought. The first player to get rid of every card doesn’t automatically win the game. Instead, the event precipitates a round of scoring.

The lucky player who emptied the hand gets points based on the cards that are left in the other players’ hands. So, Draw 2, Reverse, and Skip cards are worth 20 points. Wild and Wild Draw 4 cards are worth 50 points. Numbered cards are worth their face value. The “Anniversary Edition” has an extra card, marked “Anniversary,” that’s worth 100 points, but the less said about that atrocity the better.

The winner of that hand tallies their points. Then you shuffle, deal, and play another round. The game isn’t over until someone racks up 500 points.

As you can see, UNO is a much greater time commitment than we originally thought. What will we find out next? That the Monopoly rules call for a round of bidding every time you decide not to buy a property that you land on? That’ll be the day.

Anyway, we breezed through those rules pretty quickly. For a more in-depth treatment of UNO’s official rules, check out the video posted above. Even better, visit Mattel’s site and read the rules for yourself. If you have a sibling who’s always bragging about UNO wins, just share this story with them to wipe that smile off their stupid face.