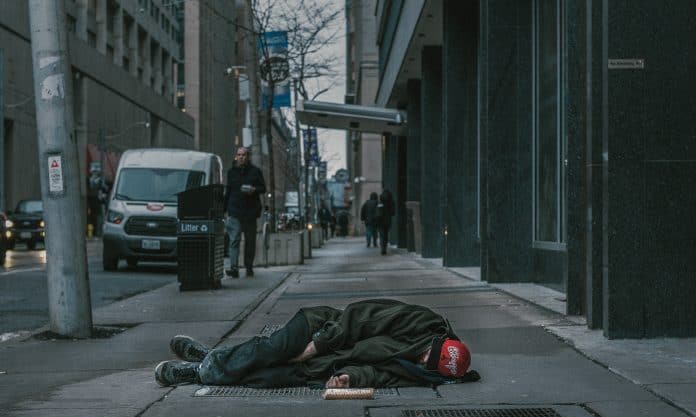 In the United States, about 1.56 million people use homeless shelters each year.

While it’s difficult to estimate the number of people living on the streets of America, it’s a big number. Homeless people often have trouble finding access to basic necessities, which is why a small act of kindness can go way.

Officers in Rome, New York, provided a small—but massively important—helping hand to a homeless man named Bobby. Their actions are now going viral, thanks to a post on the Rome police department’s Facebook page.

“Rome PD giving back and providing a helping hand,” the post reads. “After some interaction with a man down on his luck, Bobby, said he’d love a haircut and warm shower. Through the efforts of Officer Page, we were able to make that happen.”

“This morning we provided Bobby with a haircut, a shave, a shower and a whole new wardrobe of donated clothing. Bobby left looking like a whole new person and couldn’t thank us enough.”

The pictures from the post tell an amazing story. In the first photo, Bobby stands in a dirty green jacket; his long beard extends past his collar line, and his New York baseball cap has clearly seen better days.

After a shave, haircut, and shower, however, Bobby looks totally different. The tangled mess of his beard is gone, and he’s got a completely new set of donated clothes—right down to some stylish walking shoes.

After giving Bobby his “makeover,” officers led him out of the department, where he thanked them before continuing on his way.

“That was sweet,” one woman wrote. “Some cops do more than their job required [sic]. God bless and protect all cops. And God blessed Bobby through that one cop who cared.”

“You made that man’s life!” another wrote. “Looks like Dapper Dan. Matching shoes and jacket and stylish hat! Even a super Tote for his clothes! God bless all of you for caring. That was like giving this man a million dollars!”

The police department stayed active on Facebook as the post went viral, responding to many of the comments directly. That might have helped in spreading the good word; the post eventually attracted more than 3,000 shares, and comments poured in from around the United States.

Understandably, many people wanted to know how to help Bobby.

The man’s infectious smile (combined with the goodwill of the police officers) led many commenters to try to find their own ways to help.

The organization’s website states that their approach “helps teach life skills, inspiring life-long learning.” Donations go towards providing homeless people with shelter and food. Visit the Rome Rescue Mission and learn how you can help by clicking here.