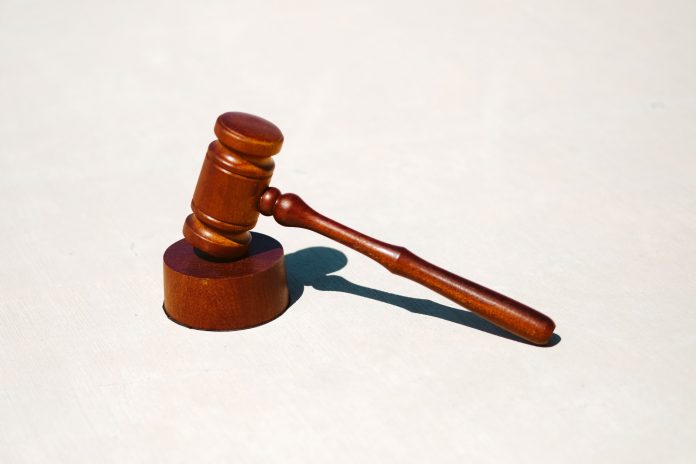 You see them practically everyday, but do you really see them for all that they are? Business logos are all around you—constantly bombarding you with their messaging. You’ll struggle to not be exposed to hundreds a day on places like the buses that you ride, the products that you use, and the billboards that you glance at. Heck, they even adorn the bins that you put your shoes in at airport security!

No place is sacred, nor do these businesses want it to be. They want you to know their brand and recognize their keen albeit covert messaging. But are their messages sometimes so subliminal that they end up going over your head?

Here is a list of the most famous logos—that you come across everyday—with hidden messages that you’ve never even noticed. You’ll never look at these logos the same way again!

But look closely between the letters and you’ll notice the number “31″; that’s intended to let you know how many different flavors they offer.

The Ray-Ban logo is all over magazines and shops, so you probably recognize the logo.

But did you notice the pair of sunglasses hidden inside the “B”? Pretty sneaky…

This social network site is known for it’s cutesy and shabby chic pictures, so it’s only fitting that the “P” in the logo would actually be a pin!

Look closely at this logo and you’ll slowly watch the golfer and swing morph into a face wearing a Spartan helmet.

This one is a little less obvious, if you study this logo closely you’ll see that the upper parts of the “G” and the “i” have been cut sharply—almost as if by a razor…

The Hershey’s Kiss logo is unmistakeable, but did you know that there’s more than meets the eye?

Look between the “K” and the “I” and you’ll find a hidden Hershey’s Kiss.

We don’t know who designed this ingenious logo but we know that you’ll never look at this logo the same again!

Also known as a “stylized picture” the logo is supposed to represent two people making a deal and shaking hands—one individual is a company representative and the other is a satisfied customer.

The Big Ten collegiate conference had a big issue in 1990 when they expanded into 11 colleges.

In order to fix their outdated logo, they changed it to include a number “11” hidden inside.

One look at this logo you’ll automatically get happier by realizing the yellow line underneath makes a smiley face.

But did you know it’s so much more than that? Follow the beginning of the line from the “A” all the way to the “Z” and you will learn that they sell everything from a to z.

Tostitos is one of the happiest logos out there with a not so hidden—but still fun—message.

The letters “TIT” are actually two people enjoying a bowl of salsa at a table.

As cool as the electromagnetic lines look above the Cisco name, it gets even better.

The lines outline the shape of the famous Golden Gate Bridge located in the city of San Francisco, where the company was founded.

There’s hardly a person who couldn’t recognize the lowercase “b” in the brilliantly colored red logo of Beats headphones.

But what most people don’t realize is the letter is positioned to look like a person wearing headphones.

This logo is a super creative one, as it features two subliminal messages.

The first is an easy one to spot and is a cyclist made with the “o” and “r” in the word tour. The second is the yellow circle which is supposed to represent the “Yellow Jersey” which is handed to the leader at the end of each day.

The zoo in Cologne, Germany, has a logo that depicts some key features of the city.

Not only are a giraffe and a rhino included in the negative space of the elephant, but there’s also the Cologne Cathedral, the city’s most famous landmark.

This company’s logo is as well-designed as their chocolate is delicious!

It subliminally features a dancing bear hidden in the mountain, which is symbolic of the Swiss town of Bern (also known as “The City of The Bears”) where the chocolate was originally created.

This premium French department store wanted to be sure that everyone would recognize its Parisian roots—as if they could forget!

Just in case, they use the two “t”s to covertly form an Eiffel Tower.

The Museum of London’s logo features vibrant circles that represent the geographical expansion of London throughout history.

We can look at this logo all day! At first glance it looks only to be a tree that could be found the African plains.

However, upon further study of the negative space, you’ll notice the clever placement of a lion and gorilla looking at each other. This creation is known as a “negative space gem.”

Yet another stylish logo that makes creative use of negative space!

This creation features a pen nib with spoon in the white space.

This courier company knew what they were doing when they covertly hid a forward-pointing arrow in the negative space of the “E” and the “x.”

The company claims that the logo represents its speed and precision. (That package we’re still waiting on begs to differ…)

Everyone knows that the smiley face on the top of this logo is intended to make you happy about giving.

But did you know that the company further emphasizes its brand statement by hiding yet another happy face in the “g” of the name?

Most people (fans and non-fans, alike!) agree that the Brewers logo is fun, colorful, and creative.

But what they don’t realize is that it’s sneaky too—the mitt and ball represent the team’s initials “M” and “b”.

Another win for a London institution! At first glance you’ll see that the London Symphony Orchestra’s logo includes their letters, “LSO.”

But closer inspection will reveal that the lines of the initial are shaped into the outline of a conductor with their arms up. So creative!

You’d assume that the logo for a yoga company would include a practitioner doing some sort of yoga pose—Yoga Australia got that part right.

But this company switched it up and added a cool element by using the negative space between her arm and leg to form the entire continent of Australia.

Sometimes hidden messages go completely over the public’s heads and remain hidden and unnoticed. Unless you’re a mathematician you’ll struggle with this one.

Company representatives claim the hidden message in this logo is purely coincidental (although they sure used it to their advantage when advertising in Europe).

If you look in the negative space between the “O” and the “L,” you’ll see that a Danish flag can be spotted.

Check out how they used their accidental Danish connection to their benefit, thanks to the genius of McCann Copenhagen:

This logo’s subliminal message isn’t so hidden, but we still love it anyway! The “C” in the name is an artful chicken.

What you probably didn’t know is that the founder of this popular fast food company paid  $50 for this logo, which was originally drawn out on a napkin.

7 Modern Cases Of Feral Children Raised In The Wild

Think kids living among the animals like Tarzan did are only fictional tales? Here are true cases of kids raised by wolves, monkeys, and leopards!
Read
Lifestyle

Life Hacks That Will Make You Say “Why Didn’t I Think of That?”

These ingenious tips, tricks, and solutions to common problems are simple, smart, and straightforward.
Read
Lifestyle

Ditch these habits and your clothes will last so much longer.
Read