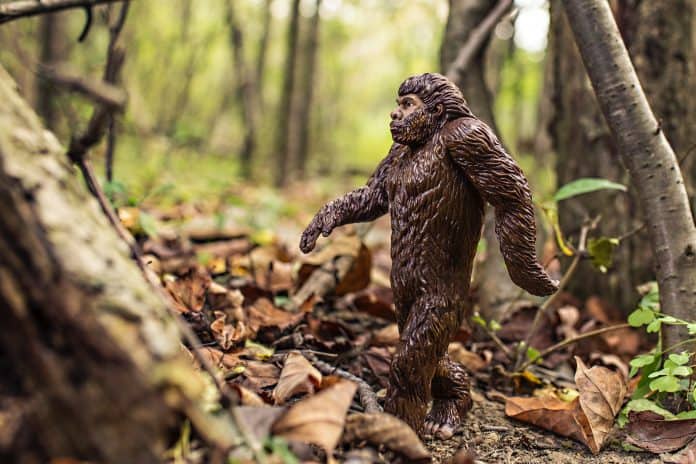 On Aug. 21, people throughout the United States will get the chance to view a rare total eclipse.

But apparently, that’s not enough for some.

Take, for example, the South Carolina Emergency Management Division (SCEMD). The agency recently tweeted out a map showing how Lizard Man sightings apparently fall in line with the eclipse path.

“SCEMD does not know if Lizardmen become more active during a solar eclipse,” the agency said in a tweet. “But we advise that residents of Lee and Sumter counties should remain ever vigilant.”

Regarding possible paranormal activity potentially occurring during the #SolarEclipse2017. As always, if you see something, say something. pic.twitter.com/O3IuYhHzqB

If you’re confused, allow us to explain. The Lizard Man is a classic cryptid—a fancy word for a mythical creature—in South Carolina. For the past 30 years, South Carolina residents have reported dozens of sightings of these creatures (we reported on several of those sightings here). The typical Lizard Man is large, bipedal, and equipped with razor-sharp claws.

The SCEMD isn’t serious about the “warning,” but their message quickly spread through social media. After all, it’s not every day that a legitimate government agency recognizes the existence of an apparently supernatural creature.

“If you see something, say something,” the tweet concludes.

If Lizard Man isn’t your thing, you can also see Bigfoot during the big event.

NASA issued a similar advisory to show citizens how to spot Bigfoot and watch the eclipse at the same time. Yes, we’re completely serious.

The graphic is clearly tongue in cheek since there have been sightings of Bigfoot throughout the United States over the past century. Nevertheless, it seems to indicate that viewers in Southern Illinois and Missouri have the best chances of spotting both. For the record, viewers around Charleston, South Carolina have a chance of catching all three, although that would require a bit of luck (or misfortune, depending on whether the Lizard Men and Sasquatches have eaten recently).

The bad news is that the total eclipse is the only sighting you can actually plan for. Recently, we’ve told you about how recent Bigfoot sightings seem suspect, and how the most famous footage of Bigfoot was likely faked. That’s not fantastic for the true believers, but nothing grabs headlines like a mysterious 8-foot cryptid, and we’re sure that NASA and SCEMD are simply trying to connect with their audiences in a fun way.

NASA and SCEMD later posted tips for viewing the eclipse safely—step one might be “don’t wander aimlessly through dense forests trying to find mythical creatures”—and where to go to view the eclipse in its totality.

If you’re planning on watching the eclipse and you’re more concerned about your eyesight than running into mythical creatures, NASA offers this page to help you find appropriate viewing glasses. This should go without saying, but don’t wait. is a once-in-a-lifetime event, and many stores are having trouble keeping up their stock of viewing glasses. If you can’t find goggles, you can still view the totality, provided that you’re within the right geographic range.

And if you’re out of range, well—you can always go hunting for cryptids.