4 Documentaries That Will Make You Rethink Everything

A great documentary doesn’t just entertain you for an hour or two—it changes the way you think about the world around you. That’s why we were pretty excited to try out CuriosityStream, a video streaming service with an enormous collection of science, nature, historical, and political documentaries. 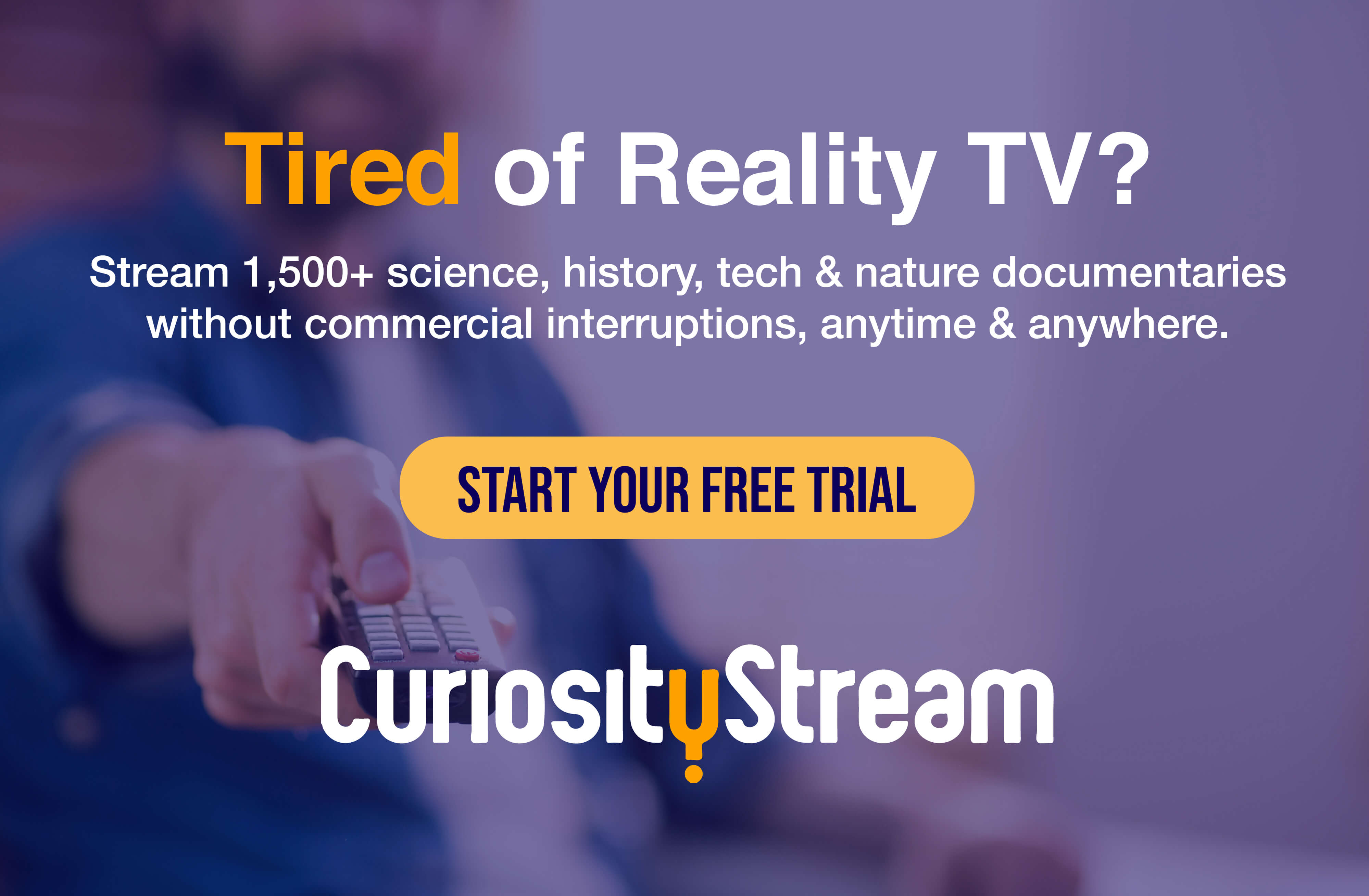 Over the last few months, we’ve driven reality TV out of our lives, embraced our inner grade-school teacher, and started watching educational flicks on a near-daily basis. It’s been a wild ride. Here are a few of the best docs we’ve seen over that time.

Before we were humans, we were struggling for survival.

First Man is a stunning, visceral journey through primate evolution, and with its great special effects and superb narration, it’s a fascinating experience. Seeing how early humans lived will make you grateful that your biggest problems involve finding a coffee shop willing to write your name in the foam of your latte.

Be warned, though: This isn’t a documentary for kids. While it’s purely educational, some of the content’s a bit disturbing.

While astrophysicists generally agree that humans will eventually set foot on Mars, we’ve got plenty of hurdles to clear before we conquer the Red Planet. Destination: Mars looks at the practical challenges of interplanetary space travel.

Can humans really colonize Mars? Will we send astronauts to another planet in the next decade? Perhaps most importantly: Why aren’t we currently launching expeditions? The five episodes of this engrossing series attempt to answer those questions, revealing plenty of fascinating info along the way.

Look, you know we can’t write about documentaries without mentioning acclaimed narrator Sir David Attenborough. Light on Earth is another example of Attenborough’s incredible voice-over work.

In this hour-long film, Attenborough discusses bioluminescence, the light that some animals can create with their bodies. Along the way, the filmmakers delve into some of the darkest places on the planet to explain the biological factors that allow fish, fungi, and other organisms to create their own light. It’s a pretty stunning look at survival itself, and it’s a must-watch for nature fanatics.

We’re cheating a bit here, since Catalyst is an ongoing series, but every episode of the award-winning Australian show brings new revelations. One of the documentaries looks at the way meditation changes the brain, while another episode asks the question we’ve all been wondering: Do sharks have friends?

While the first season consists of shorts lasting 10 minutes or less, the second season eschews the bite-sized format in favor of half-hour episodes. We recommend starting at the beginning; it’s pretty easy to get pulled in, and thanks to solid science, engaging narration, and fascinating subject selection, this is one of the best series on the service. 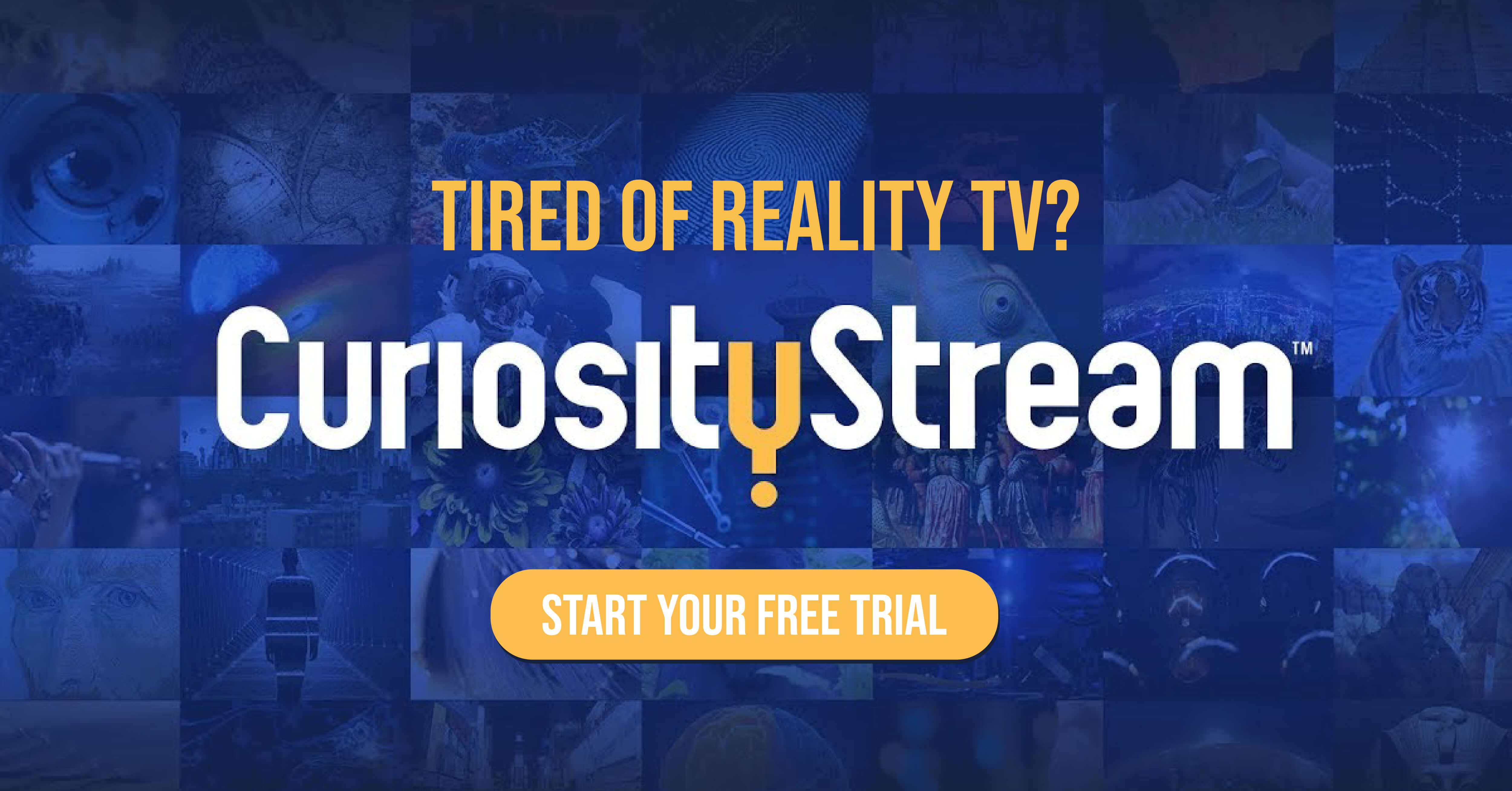 To check out any of these documentaries, visit CuriosityStream for a free trial. The full service costs about $3 per month, although HD- and 4K-quality streams cost a few dollars more.