6 Car Salesman Secrets To Know Before You Buy A Car 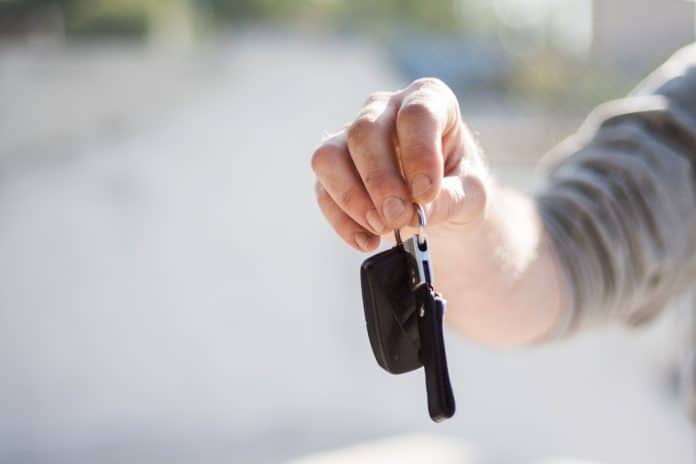 Americans are buying more new cars than ever before.

In 2016, U.S. drivers purchased a record setting 17.5 million light vehicles new, according to a report by The Washington Post. While that trend isn’t expected to hold up through 2017, auto dealerships still aren’t hurting.

But while the industry flourishes, surveys show that Americans hate dealing with car salespeople. According to a 2015 Autotrader study, only 17 out of more than 4,000 respondents said that they preferred the current car-buying process to alternatives such as online shopping. That’s not 17 percent, by the way—only 17 individual people said that they enjoyed going to the dealership (and in our opinion, even that number seems a little high).

That’s partially because salespeople will do just about anything to sell their stock. We spoke with a former car salesperson, who asked to remain anonymous, about how modern dealerships operate. If you’re about to buy a new vehicle, here’s what you need to know.

1. Before you’ve even stepped onto the lot, they’re getting you ready to buy.

“We’re not above using tricks to get people in the door,” says our source, who worked as a salesperson at a city dealership for four years. “That might mean rotating the stock, putting up balloons, or advertising sales that aren’t really sales.”

Once you’ve stepped onto the lot, your salesperson will quickly try to start up a conversation to figure out how to sell to you. As soon as possible, they’ll start asking about your budget.

That’s where this next bit of information comes in handy…

2. They’re trained to sell based on incremental payments rather than the full price.

There are two reasons that dealerships focus on payments: First, monthly payments can hide the true cost of a vehicle.

“$200 per month might seem like a great deal if you’re used to paying $300 per month for financing,” our source says. “What the salesperson won’t mention is that you’re paying that rate for 72 months at a 9 percent interest rate, which adds thousands to the purchase price.”

If the salesperson asks about payments or financing, change the subject.

“We made money off of financing interest rates, and that’s true of most dealerships today,” our source says. “That’s often where we’d make most of our profit on low-value sales, so we quickly learned to hate customers who insisted on using cash.”

If you’re planning on paying for a car without financing, our source recommends saving that revelation for after the negotiation.

“If the salesperson asks about payments or financing, change the subject,” they say. “They’ll probably figure it out eventually, but you’ll stand a better chance of getting the price you want with no strings attached.”

3. If you do your research, your salesman will hate you.

If it’s not clear by now, salesmen come armed with plenty of tricks. Luckily, our video explains how a little preliminary research can take away a large amount of their ammunition. Give it a watch—your wallet will appreciate it.

4. They’ll do just about anything within reason to make the sale, but you’ll have to work for it.

“I wasn’t an unethical salesperson,” our source says, “and I really enjoyed helping people find good cars. However, nobody does this type of work for free, and I was always trying to make as much of a commission as possible, within reason.”

At a well-run dealership, the sales team works together. They might pass a customer around, giving them the impression that the new salesperson or manager can offer a better deal than the first salesperson. A time-honored trick was to pause negotiations to “check with a manager,” à la the famous undercoating scene from Fargo.

“Sometimes, we really did go back and ask our manager if we could offer a better price,” our source says. “That really happens. Most of the time, though, we’re just talking about our weekends or discussing sales tactics to use. The manager will usually come out right after the ‘conversation’ to show the customer that we’re not just wasting his time.”

If customers insist on a certain price—and it’s reasonable—salespeople will eventually agree to the deal. You might have to wait for a while, however, and you’ll have to keep insisting on the price you want.

“Very few people are willing to sit for hours to make a deal, but financially, it makes sense,” our salesperson says. “If you can knock $1,000 off the price of a car by strong-arming your salesperson for a couple of hours, you’re making $500 an hour. I don’t know too many people who wouldn’t take that deal.”

When you’re ready to buy, decide on a fair price. Call other dealerships—in front of your salesperson, if you’re feeling especially bold—and you’ll likely start a bidding war, which will reduce the time you’re spending.

“That’s mainly because, at that point, we just want to get rid of you,” our source jokes.

Well, not lie, exactly, but they’ll grossly inflate your current vehicle’s trade-in value in order to make you think that you’re getting a great deal. In reality, they’re just offering you a modest discount on the price of the new vehicle.

“But really,” they continue, “I’ve just offered you a $1,500 discount on the $20,000 car, which isn’t that significant in the grand scheme of things, especially after we’ve gotten you through financing and sold you on a few extras. It just feels like a great deal, since you’re so focused on your current car.”

The way to get around this trick: Don’t think of your vehicle as a bargaining chip. In fact, you might not even want to bring it up until you’re already through with negotiations for the new car. You should also be wary of any too-good-to-be-true offers.

“If the dealership offers a certain trade-in value without looking at your car, watch out,” our source says. “The only reason they wouldn’t want to inspect for damage and condition is that they’re fleecing you somewhere else.”

6. They’re experts at reading people, and they’ll adjust their pitch based on what you’re looking for.

If you’re concerned with vehicle performance, you’ll have a very different experience at the dealership than someone who’s concerned with reliability. If you walk in ready to buy, your salesperson will figure that out and push you towards the sale, while if you’re not ready to sign the papers, the salesperson will try to get your phone number for a follow-up. The salesperson’s tactics will change, so it’s hard to prepare for them.

Sometimes, I’d know that a customer was ready to buy before the customer even knew.

Andrew Gruffudd, principal of BusineVersity International Group, specializes in luxury car sales. He told Urbo that these tactics make sense, given that cars often elicit an emotional response from their buyers. Selling to a buyer’s needs isn’t unethical—it’s a practical way of accommodating your client.

“You sell the sizzle, not the steak,” Gruffudd says. “The buyer isn’t interested in whether the car has six or eight cylinders, a magnesium-carbide propshaft or a gold-plated exhaust, per se. He’s interested in what it can do for him, how much money he will save and whether or not he can look good driving it.”

“Naturally, to what extent he’s interested in these things dictates how you set out your stall,” Gruffudd explains, “but that’s what you find out by talking to him beforehand.”

A salesperson might look to see whether your current vehicle has a full tank of gas; if it does, you’re probably not ready to buy today. If you’ve got your significant other with you, you’re likely ready to make a purchase. If you ask about a vehicle’s sound system, your salesperson will find a car with a high-definition Bose system, while gearheads will see more V8s than casual drivers.

“Good salespeople will hone in on someone who’s ready to buy, and they’ll adjust their pitch accordingly,” our source says. “Sometimes, I’d know that a customer was ready to buy before the customer even knew.”

The solution: Read between the lines. Come prepared and show that you’re not easily swayed, and your salesperson will give you more useful information.

“At the end of the day, I had to make the sale, or I didn’t really get paid,” our source says. “If someone showed up knowing their [stuff], I adjusted and did what I could to make the purchasing process easier.”