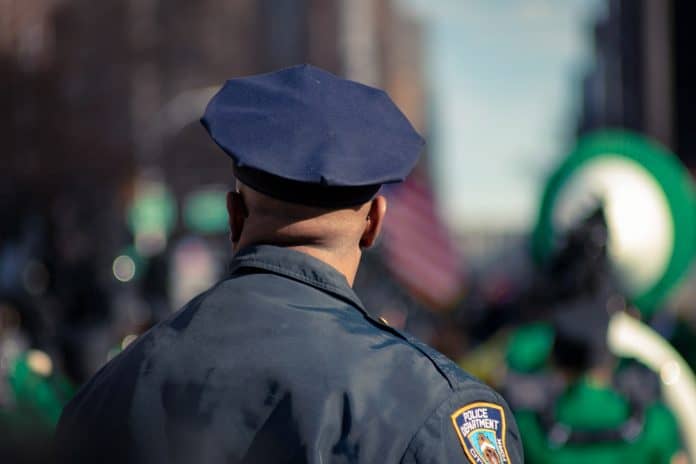 Kayla Hart was stopping by her local Starbucks in Dilworth neighborhood of Charlotte, NC for a tea, but she didn’t expect to leave feeling belittled.

With the Southern love of sweet tea, you might expect to catch a little bit of guff for ordering an unsweetened iced tea. Hart ordered a 24 oz green iced tea without sugar, but she ended up getting a hard time, she believes, for the t-shirt she was wearing.

Hart was wearing a “Trump for President 2016 — Make America Great Again” t-shirt when she ordered her unsweetened tea. As she placed her order, she claims the cashier laughed at her, according to Charlotte’s Fox affiliate.

A few seconds later, “They shouted out ‘build a wall’ and kinda shoved my drink at me and then all the baristas in the back started cracking up laughing,” said Hart.

When she looked at her 24 ounces of unsweetened green tea, instead of the cup being labeled with the coffee franchise’s famously bad customer name spelling, her drink was labeled “Build A Wall.”

With all of the giggling from the staff, other customers started to look up, and Hart felt self-conscious. “‘I just walked out because everyone was staring,” she told reporter Brett Baldeck

“I just found it really sad that I can’t wear a t-shirt supporting our president without being humiliated or made fun of,” Hart said.

It’s not clear which part of the baristas’ Trump rally cry Hart found to be “humiliating.”

All across the country, this very phrase has been used to bully and intimidate Mexican-Americans, like seventh-grader Josie Ramon, from Royal Oak Middle School in suburban Detroit, and 149 other incidents of Trump-inspired racial animus that were reported before the New York businessman even took office.

Regardless of just what triggered her “humiliation,” Starbucks’ corporate headquarters is taking her complaint seriously.

“We failed to meet this customer’s expectations of us, and we have apologized and are working directly with her to make it right,” the company told the Charlotte Fox News affiliate.

“This experience is not consistent with our standards or the welcoming and respectful experience we aim to provide every customer who our stores. We have spoken with our store partners about this situation and are using this as a coaching opportunity for the future.”

For her part, Hart says, “This isn’t me trying to get people to stop going to Starbucks at all. I kinda just want it to be put out there so people know this is what’s occurring.”

Nationwide, according to FiveThirtyEight, Trump’s current approval rating is below 40 percent and his disapproval rating is above 55 percent, so Hart, as a Trump supporter, is definitely in the minority. Only one out of every three voters in Mecklenburg County—where Charlotte is located—voted for Trump, making Hart an especially rare public supporter in the southern city.

However, those numbers certainly don’t justify putting someone in a situation where they feel ridiculed.

“‘I don’t know what politics has to do with getting a cup of coffee,” Hart told the local news network. Technically she ordered a tea, but Hart may have a point.

In public, let’s all just avoid bringing up politics and religion unless the other party in the situation wants to discuss it.