Ariana Grande Is Suing Forever 21—And Other Celebrity Lookalike Lawsuits 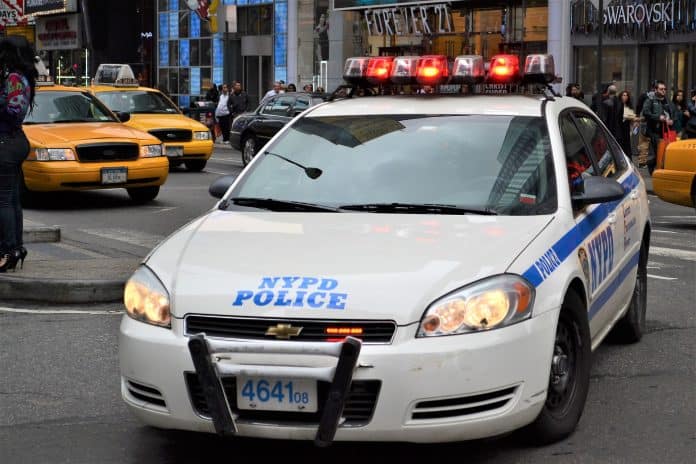 Ariana Grande said “thank u, next” to Forever 21 after they used her name and likeness in a recent campaign.

According to the complaint filed in a California federal court, Forever 21 contacted Grande’s representatives to try to negotiate an endorsement deal.

“Notably, the endorsement deal Forever 21 sought with Ms. Grande centered around social media marketing, including, but not limited to, Twitter posts, Instagram posts, and Instagram stories,” the complaint states.

Negotiations took place between December 2018 and January 2019, but an endorsement deal was never reached because Grande felt she deserved more money than Forever 21 was willing to offer.

Instead of forking over millions of dollars for a true endorsement from Grande, Forever 21 launched a campaign with a lookalike model and published “at least 30 unauthorized images and videos misappropriating Ms. Grande’s name, image, likeness, and music in order to create the false perception of her endorsement.”

ariana suing forever 21 for a lookalike model should tell you how she feels about all the wannabes out there, she doesn’t find it flattering hunty 👀 pic.twitter.com/IINdQ13pTc

The lawsuit states that the “strikingly similar” model used a pose “virtually identical” to Grande’s while wearing the hairstyle and hair accessory Grande did in the “7 Rings” video. According to the complaint, the model also was dressed in a top “designed to look like a top worn by Ms. Grande in numerous well-known photographs.”

BREAKING: Ariana Grande sues Forever 21 for $10M for look-alike ad campaign. “The resemblance is uncanny and Forever 21’s intent was clear: to suggest to the viewing public that Ms. Grande endorsed Forever 21, its products, and was affiliated with Forever 21.” @wbz pic.twitter.com/5x9jtVHrm7

To top it all off, Grande’s suit claims that the misleading pictures were mixed in with actual pictures of the singer (which Forever 21 didn’t have the right to use), and that the “7 Rings” audio played over some of the posts, some of which were captioned with lyrics from that song.

“As a result, Defendants improperly misappropriated and profited from Ms. Grande’s influence and star-power for approximately 14 weeks,” the lawsuit reads.

Ariana Grande sued Forever 21 for launching a new collection inspired by 7 rings without her authorization. Grande is suing for at least $10 MILLION in damages 💗 pic.twitter.com/4USkDFZgkj

Grande is seeking “an award of compensatory and treble damages in an amount to be proven, but in no event less than $10 million.”

The Sincerest Form of Flattery?

Seems like an open and shut case, but Forever 21 isn’t the only one accused of stealing in this situation. On Sept. 4, RuPaul’s Drag Race star Farrah Moan took to social media to express her feelings on the lawsuit.

“Ariana should give me a cut of that 10M since her team literally sent a pic of me to the designer and paid them to copy my look from as4. (Finally met the designer and got told the Tea) I guess stealing from queer artists for profit is fine tho,” Moan wrote.

Ariana should give me a cut of that 10M since her team literally sent a pic of me to the designer and paid them to copy my look from as4. (Finally met the designer and got told the Tea) I guess stealing from queer artists for profit is fine tho 🤷🏼‍♀️ pic.twitter.com/1smGr8K4G0

She also shared a GIF from the “7 Rings” video, parodying the song lyrics in the caption, “You like my look? Gee thanks, just stole it!”

“I wasn’t gonna even say anything or care because I was actually flattered by it and I’ve known for MONTHS but now it’s kinda getting to me since she’s just [raking] in millions over it,” she went on to explain.

I love her too! I wasn’t gonna even say anything or care because I was actually flattered by it and I’ve known for MONTHS but now it’s kinda getting to me since she’s just racking in millions over it

But the point is her team also stole. U can attack me all day but it’s not gonna change anything. I can admit I was petty with that gif I posted& I’ll apologize for that but at the end of the day they did what they did. Idc about suing anyone, just needed to put this out there

And this isn’t the only stealing allegation against “7 Rings.” After the song was released in January, rapper Princess Nokia accused Grande of copying her 2017 song “Mine.” Listeners also drew comparisons to Soulja Boy’s song “Pretty Boy Swag,” and he responded with an Instagram post calling out Grande.

Of course, Forever 21 isn’t the first retailer to use a celebrity lookalike to sell products. Some might say that Grande is following in the footsteps of Kim Kardashian, who once sued The Gap for using a lookalike actress in an Old Navy advertisement.

In 2012, Kardashian settled a $20 million lawsuit against The Gap over a commercial that featured a similar-looking reality star named Melissa Molinaro.

Around the time the Old Navy commercial was cast, Molinaro was reportedly dating one of Kardashian’s ex-boyfriends, football star Reggie Bush—while preparing for trial, The Gap even wanted to get a statement from him.

More Common Than You Think

There are actually plenty of celebrities that have sued—or have been sued—over lookalikes.

When a VCR manufacturer used a robot with a blond wig and glamorous gown next to a Wheel of Fortune-like board of letters to advertise their products, Vanna White considered that using her likeness without permission. She sued, lost, and appealed, eventually getting the Supreme Court involved.

In the late 1980s, Samsung Electronics America had an advertising campaign imagining its products being used in the 21st century, including one ad with the lookalike robot. Samsung argued that their portrayal was a parody and should therefore be protected under free speech, but the Supreme Court disagreed and let the trial continue.

Although a lower court ruled in Samsung’s favor, White appealed and was eventually awarded over $400,000.

In 2005, Robin Williams sued celebrity lookalike Michael Clayton and his agent, Michael Pool, for tricking the public into thinking Clayton was Williams.

In one incident mentioned in the lawsuit, Pool persuaded a fundraiser for a Missouri fire department that he could provide Williams for an event if she paid $2,500 toward his travel expenses. Clayton claimed he was blameless and that Pool was supposed to clarify that he was just an impersonator and not the real deal.

The lawsuit asked for an unspecified amount of money, and that Clayton impersonate Williams only if he tells people that he isn’t really Williams.

This one flips the narrative on its head—this time, the lookalike sued the celebrity. In 2006, Allen Heckard sued both Michael Jordan and Phil Knight, the founder of Nike, because he was constantly mistaken for the basketball star and blamed Knight for helping to make Jordan so famous.

Legal Tip Tuesday: Suing a celebrity just because he looks like you, just won't work out the way you want.

Allen Heckard sued Michael Jordan for $416 million because he was stealing his likeness. He also sued Nike for the same amount because they made Michael Jordan one of th pic.twitter.com/GZMv2BnRKo

Heckard claimed that Jordan and Knight were liable for a whopping $832 million because Heckard couldn’t “live a normal life” due to his resemblance to Jordan. “I play ball, and people constantly stop and look at me,” he told the New York Post. “It’s making life uncomfortable. I’m constantly being harassed.”

However, Heckard later dismissed the complaint without giving a reason. A representative from Nike said Heckard had not been paid any money, and as to why he dropped the suit, they speculated that he had “finally realized he would end up paying [their] court costs if the lawsuit went to trial.”