After He Lost His Great Dane In Tragedy, The Animal Shelter Has A Huge Surprise For Him 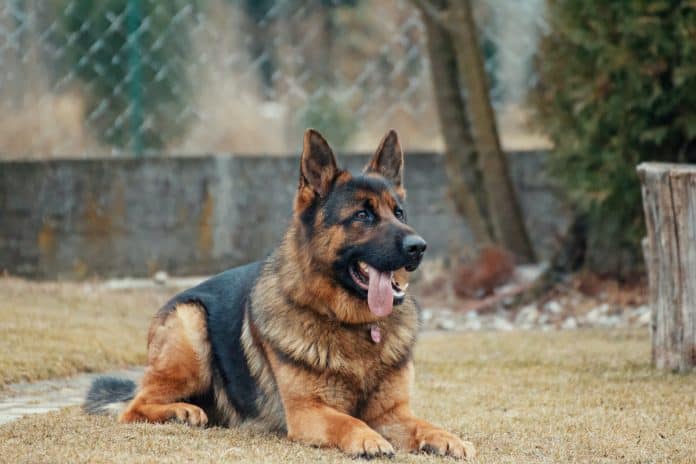 But Blaskovich is also a business owner. He runs Drewski’s Hot Rod Kitchen food truck in Sacramento, California, so he couldn’t always be home to protect his canine companion. He spends his days driving around and doling out delicious food at street corners.

In June 2015, disaster struck Blaskovich’s home. While he was out feeding the hungry crowds, a monstrous burglar broke into his house. The criminal shot Rex dead. Blaskovich was heartbroken.

After pushing through his mourning, Blaskovich wanted to fill the emptiness Rex’s murder left in his life. He went looking for another dog, and not just any breed would do.

“After I lost Rex, I searched high and low for another blue Great Dane,” Blaskovich told the Miami Herald. He couldn’t find any breeders for the longest time. When he finally found one, they were located in Ontario, Canada.

It was possible to get a dog through these breeders, but the animal would have to spend a long time in quarantine, which seemed cruel. Blaskovich resigned himself to a lifetime of puppy-less loneliness.

In 2017, the New England Patriots faced off against the Atlanta Falcons. Meanwhile, Animal Planet was airing its annual Puppy Bowl, featuring a cast of some of the most adorable little furballs in the country.

The Front Street Animal Shelter in Sacramento invited Blaskovich to accompany them to the Puppy Bowl. The food truck owner and Front Street have had a long and mutually beneficial relationship. Blaskovich has helped to fund lots of Front Street’s adoption events. When Rex was killed, the shelter held an event in honor of the fallen Great Dane.

So it didn’t seem strange when Front Street officials invited Blaskovich to the Puppy Bowl. What, was he going to say no? He went.

During the event, a field full of bumbling puppies play with toys and flock around one of two food bowls, each inscribed with a different Super Bowl contender’s team name. The puppies are supposed to pick the winner.

(In this case, they failed. They went for the Falcons, while on the actual football field, the Patriots staged a stunning late-game upset.)

Anyway, one of the puppies on the field that day drew Blaskovich’s attention immediately.

It was a little female blue Great Dane, who was living in foster care at the time. As much as he loved watching her stumble around the field, Blaskovich didn’t get his hopes up about taking the puppy home. Her foster mom wanted to keep her, he had been told.

After the Puppy Bowl, Blaskovich was surprised when Bobby Man, public relations coordinator at Front Street, asked him to stay at the studio for a while. He didn’t have anything to lose, though, so he agreed. He never could have foreseen what was about to happen.

Next thing he knew, a Fox40 TV news camera was filming him. Mann handed the little puppy to Blaskovich, inviting him to take her home.

As it turns out, the animal’s foster parent heard Blaskovich’s story. As much as she loved the little Great Dane, she knew that Blaskovich’s need was stronger. She decided to give the puppy to the man who would love and care for her with a fierce passion.

“She looks just like Rex,” he told the Miami Herald. “She has a little different temperament. Rex was a wild child, and she is super, super mellow.”

After all this time, and a terrible, heartbreaking strategy, Blaskovich finally found a blue Great Dane to return joy to his life. Before you ask, though, he hasn’t settled on a name as of this writing.

Still, he has some ideas. He thinks he’ll call her Misty.

“She’s blue like the ocean mist,” he said. “And she got me misty-eyed. I’m very grateful and blessed to have this gift.”

We’re willing to bet that Misty, if that does turn out to be her name, is grateful for the loving home she’s found with Blaskovich, too.

One thing is for sure. Neither Blaskovich nor his new best friend will ever forget Super Bowl LI, no matter who ended up winning the game.