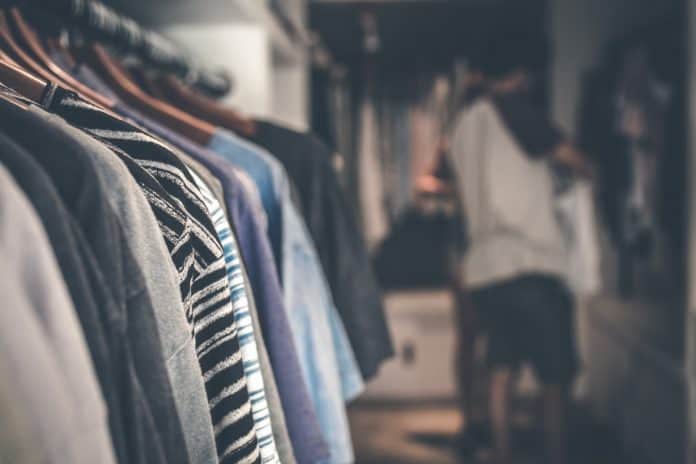 The man, identified only as a resident of Guilin in China’s Guangxi region, claims that his mother began showing signs of mental illness following the death of her daughter.

She became distraught and confused, and he worried about her poor health. After speaking with a friend, the man decided to dress as his deceased sister to help his mother say goodbye.

“Me and my sister, everyone said we looked like each other,” he said in Chinese to the Pear Video interviewers. “So I wear full woman’s clothes so that she can see her daughter.”

The immediately worked. “She said, ‘my daughter is back.’ That’s how it happened,” he said with a laugh. The man continued dressing as his sister for the next 20 years, supporting himself and his mother by playing the flute on the street for tips. Now in his 50s, he plans to keep dressing in women’s clothing until his mother passes.

“She was so happy, so I kept doing it,” he said. “I’ve basically been living as a woman ever since. I don’t own any men’s clothing.”

His journey hasn’t been easy, as he claims to have lost his friends. Despite his lifestyle, he insists that he doesn’t see himself as a woman, noting that if he ever returns to men’s clothes, he’ll go back to his “old self.”

But he’s in no hurry to return to his life as a man.

In the Pear Video clip, the mother seemed to recognize that her son was dressing in her late daughter’s clothes, and she expressed gratitude for the way that he treats her.

“She is my daughter,” the woman said of her son. “When my other daughter died, she became my daughter.”

The BBC reports that the story quickly spread on Chinese social media.

“You should be [devoted to your mother], but to this extent, it’s going to be hard for people to match,” one user wrote.

“I think he looks pretty as a woman,” another said.

Others speculated that the man is using his mother’s illness as justification.

“Is this filial piety or is he looking for an excuse to be trans?” one wrote, according to The Telegraph.

But the man says that he’s wholly unconcerned with how other people view his situation.

“Why would I be afraid of people laughing at me?” the man reportedly said. “…This is my family’s business. If you don’t like the way it looks, then don’t look.”