12 Surprising Signs That You May Be Smarter Than Most People 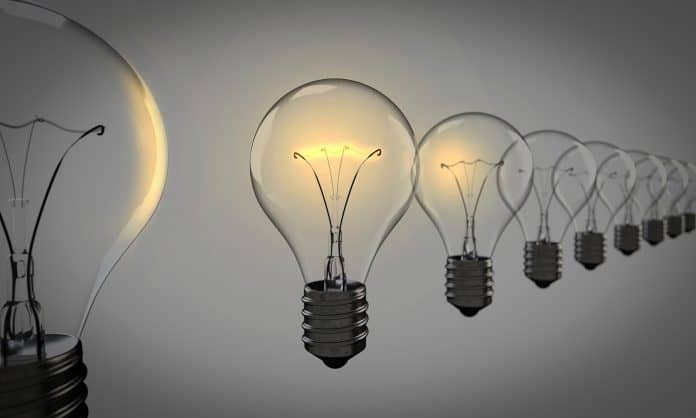 The saying goes that you should never be the smartest one in the room because then you’re the only one incapable of learning – but what if you are?

Have you suspected you may be cleverer than your average Joe? Or felt like a sore thumb among a seemingly average crowd?

Then, perhaps you should use this as a checklist to see if you are, in fact, a prodigy…

Yes, you read that right. Not only do you get to be a candidate for the ‘tall, dark and handsome’ description, now you may also be more clever than most, too.

A 2008 Princeton study found that taller people on average scored higher on IQ tests as children and were likely to earn higher salaries when they grew up and joined the workplace.

According to the researchers: “As early as age 3, before schooling has had a chance to play a role, and throughout childhood, taller children perform significantly better on cognitive tests.”

A study published by the British Journal of Psychology showed that highly intelligent people flourish when they have less friends and fewer social interactions.

Sorry, this probably means that if you’re a victim of FOMO, you’re not a genius.

You Make The Trends

Did you conform to hipster skinny jeans and fluffy beards? Did you reject normcore? Did all these trends actually go above your head? No, you’re not out of the loop with pop culture – maybe you’re just a mastermind in the shadows.

You have a strong and confident sense of who you are …

“You have a strong and confident sense of who you are and don’t need to follow just to be seen as part of the pack and cool.”

Stubbornness doesn’t equate to astuteness. According to licensed psychotherapist Noel McDermott, being open to new ideas, new people and new ways of looking at things is a surefire sign that your brain is in good form.

His advice? “Be open to seeing things out of the box and experimenting to find alternative solutions to problems. Curiosity may have killed the cat but in the intelligence stakes, it nails it.

“Curiosity, capacity and willingness to learn all go hand in hand. Remember that intelligence is in service of enhanced survival strategies and nothing enhances that like exploring and growing.”

Author and relationship expert Marianne Vicelich agrees: “Truly intelligent people adapt by showing what can be done regardless of the complications and restrictions placed on them. The ability to adapt to new situations and change makes you a smarter person.”

The argument between whether you’re a cat or a dog person may now, in actuality, come down to intelligence. You’re welcome.

In a study carried out by Carroll University in Waukesha, Wisconsin, 600 students looked into the difference between ‘dog people’ and ‘cat people.’ The former tended to be more outgoing and friendly while the latter were quieter and more introvert – but that same group also scored much higher on a cognitive test than the others.

So, think about switching sides…

Were you the class clown? Or are you always the life and soul of the party? Alongside humor, this may also underline your intelligence.

“Being funny makes you good to be around and people are attracted to it,” says McDermott. “There’s a chicken and egg here in that being funny is both a sign of intelligence and because being more social increases frontal lobe development, you then create more intelligence through neuroplastic growth.”

So, since science says so, maybe another round at the bar with your friends is actually good for you?

Now here’s an excuse you can tell your significant other next time they moan at you for being sloppy around the house because McDermott says it’s a fact.

“Messiness has to do with flexibility and not being too controlling or perfectionist. Perfectionism is effectively a killer of creativity and intelligence. Intelligence involves creating something new which never happens when you are only interested in having things ordered in a pre-determined way.”

And, a study by the University of Minnesota Carlson School of Management’s Dr. Kathleen Vohs found that an untidy room actually fuels creativity so there’s your next excuse: sheer innovation.

You Don’t Rely On Academia

So, you may not have gone to Harvard or Stanford but in actuality, academia isn’t the only thing to measure your intelligence on.

These forms are often less acknowledged but more powerful and practical when it comes to everyday life.

According to life coach Michelle Zelli, there are alternative routes to being smart.

“Intuition, for example, harnesses the power to guide you through decisions, encounters and optimum life – and the real genius is hearing, interpreting and following its immaculate guidance,” she says.

Additionally, “Advanced emotional intelligence is a super skill and oozes incredible smarts,” says Zelli. ‘Those who practice know the impact and influence on their lives. The first step is understanding our own feelings and then this adds the ability to choose the way we respond, rather than react, to the people and situational triggers in our life.

“These forms are often less acknowledged but more powerful and practical when it comes to everyday life.”

Are you the oldest and have always felt an air of superiority around you? Or, are you the middle or youngest child who has never quite lived up to your elder? Well, if that’s the case, science says there may be a reason for that.

The firstborn tends to help tutor their younger siblings.

A Norwegian study of 250,000 people in Science Magazine saw that the first child in a family tended to have an average IQ of around 2.3 points higher than all their younger siblings.

But, don’t worry, it’s not actually to do with genetics, it’s because the firstborn tends to help tutor their younger siblings which is a demanding role that boosts their cognitive intelligence.

However, other theories say that it’s because of how careful first-time mothers are throughout their first pregnancy in comparison to later births – but that’s just a hypothesis of the birth order effect.

Apparently there really is a connection between mental power and chocolate which includes compounds that can help boost your brain performance.

A study by the Universities of Rome and L’Aquila in Italy linked eating chocolate with cognitive functions like processing speed, attention and memory.

And, did chocolate have a positive effect? It did indeed. The study showed that eating chocolate boosted test scores and long-period cognitive performance so, go on then, we’ll have another.

Your teacher was wrong. Daydreaming and letting your mind wander is actually a sign of smarts. It’s how an efficient brain works to allow for fluidity and creativity in your mind.

Meditation increased the number of creative responses given by 40%

The best way to go about it? Mindfulness mediation, where you focus on allowing your thoughts to pass through your mind without judgment.

A study conducted in the Netherlands found that one 45-minute session of open-monitoring meditation increased the number of creative responses given by 40%, and it increased the originality of those responses by 400%.

Do you cry at films others barely weep at? Showing your emotions is not a sign of weakness but rather strength of smarts, so go ahead, grab another tissue.

According to McDermott, empathy is a big measure of intelligence: “Again, from a survival perspective this makes absolute sense as our best strategy is to herd together and work cooperatively to dominate the planet. We are much more effective at this if we can understand the other members of our herd – simple.”